How to solve the color cast problem of CRT display 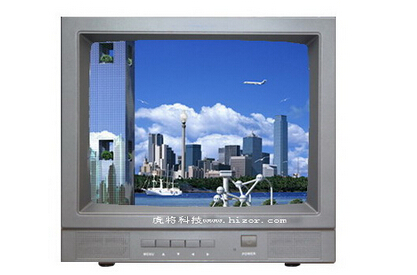 1. First observe the specific phenomenon of color cast of the display. We can judge the approximate cause of these magnetizations based on the specific position and shape of the "magnetization" color cast of the above display.
2. We can try again to use the manual degaussing switch that comes with the monitor to observe whether the magnetization color cast phenomenon of the CRT screen is weakened or disappeared. Under normal circumstances, the slight magnetization color cast phenomenon will disappear completely after manual degaussing.
One thing that needs our attention: When using manual degaussing, we need to observe how sharp the screen image changes. To prevent the image from being â€œPengâ€ when the degaussing switch is pressed, the image is followed by the jitter, but the magnetization phenomenon does not disappear. This is because the degaussing resistor used in the display degaussing circuit fails, causing the degaussing current to be too small, and the resulting varying magnetic field is too small to eliminate the magnetic field of the metal plug around the picture tube.
3. If there is a small or two magnetized stain on the manual degaussing screen, we can also try to turn the orientation of the CRT screen left and right to see if the color cast of the screen has changed or disappeared. In most cases, when we change the orientation of the display, the color or position of the stain on the screen changes, which is normal because the magnetic field has changed.
Even if it is a normal-use display without color spots, if we change the orientation during the use of the monitor, the image of the screen will appear magnetized stains, but at this time we can solve the problem by simply turning on the manual degaussing function.
4. If the above detection is performed, the display still has color spots that cannot be eliminated. At this time, we need to consider whether the display is affected by the external magnetic field, you can try to move the display, replace the display workplace, and then observe whether the display magnetization color cast phenomenon disappears or weakens.
If ordinary household computer display application factories, enterprises, especially steel, power plants, foundry enterprises, the display is prone to magnetization color cast phenomenon, and can not change the placement of the display can not solve the color cast.
For such special environment enterprises, when purchasing office or production monitors, it is necessary to use industrial displays with good anti-magnetic and anti-interference effects. However, these monitors are much more expensive.
5. Finally, we can also use the special degaussing bar of the TV to manually degauss the display to see if the color magnetization on the surface of the display is weakened or disappeared. In this way, most of them are not because the shadow mask is deformed, and the color cast and the color patch failure caused by the magnetization can be solved.
6, we are using CRT monitors, we must pay attention to compare the indoor temperature of the monitor's working environment, whether it is too low, below 10 degrees. After the display is normally powered up, the image change of the display screen is observed for half an hour, and the magnetization is color cast.
7. Check the appearance of the monitor and the screen for obvious impact or hitting. Sometimes the display has no obvious damage, but because of the strong oscillation, the deformation of the shadow mask in the picture tube cannot be recovered, and the irreversible color cast phenomenon still occurs. At the same time, such failures are not covered by the free warranty of the monitor, as long as this problem occurs, it can only be borne by the user.
8, the whole screen image lack of color judgment
Because the signal cable plug is not securely connected, the plug has a broken pin, a short pin phenomenon, the signal wire is broken, and the graphics card is faulty. The whole screen image is missing red, green, and blue. We can first press the "MENU" button on the display panel on the color cast screen.
1) If the color of the OSD menu is normal, the color cast problem will appear on the graphics card and the interface circuit, focusing on checking the signal line plug of the display and the interface part of the graphics card;
2) If the OSD menu also has a color cast, the problem will appear on the tailgate of the display, mostly because the display works for a long time, and the heat is generated, causing the components on the tailboard to be soldered. At this time, the image restored by the display is Will be consistent color cast.

4. The motor adopts the domestic leading brand and is guaranteed for 10 years.

7. Packaging, protecting the product during shipping and making it easier to install.